When Sarema is ready, hopefully by the end of July, we are not going to sail through the Panama Canal after all (northwestpassage2010.blogspot.com). Instead, we'll first head south along the east coast of South America, then cross the South Atlantic on our way to the Cape of Good Hope, and eventually sail

So, till August, we wish you all FAIR WINDS AND FOLLOWING SEAS!
Lähettänyt RiMaK klo 5.01 Ei kommentteja:

We have had a somewhat frustrating experience with the local airport and other authorities in Grenada. Less than a month ago, I emailed the Ministry of Agriculture of Grenada to find out if I needed a special permit for Latte as we were supposed to fly back home from Grenada which is a rabies-free country. I sent them a second email a week later as there was no reply to my first message. There was no reply to my second message either. After our friends had gone back to Finland, I spent three afternoons at a travel agency called 'Going Places' which seemed to be unable to take us, Latte and I, any place. My intention was to take a British Airways flight via London to Portugal but I was told that the ONLY person at the airport certified by British Airways to load pets into the cargo hold, was on a vacation! As Going Places was unable to take us to Europe, I emailed British Airways direct and explained them my predicament in detail. They replied that I should contact a faceless BA organisation called World Cargo and try to sort things out through them. HELLO!!! 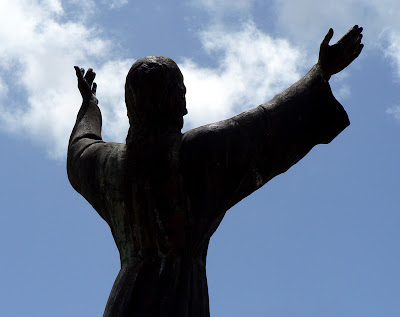 So, on the fourth day, I went to the airport and talked to a supervisor there who promised to sort things out and email me the result the following day. On the fifth day, I received an email, not from the supervisor but from Going Places, stating that the airport had informed them that the only authorised person was still on a vacation and, therefore, Latte could not be boarded. On the sixth day, I went back to the travel agency and asked them to book us a flight to Martinique aboard Liat which is a local, island hopping airline. At this point (but not before!), I was told that I needed to fill in a form giving all the relevant information about the dog, and it would then be faxed to Barbados' Chief Veterinarian who would or would not give us permission to fly out from Grenada. After spending the whole morning at Going Places and waiting for the form to be faxed from the airport, I was told that the airport's fax machine was out of order. Honestly, I do not know what is going on at the so-called International Airport in Grenada but whatever it is, it surely does not promote the local tourist industry! 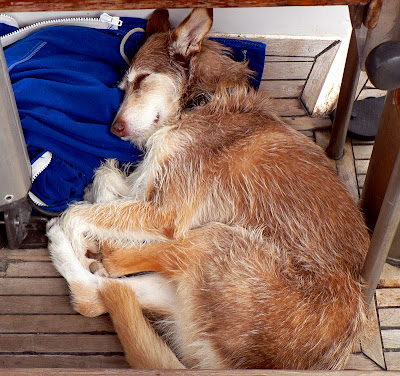 Now, that left us with only two options, either to stay in Grenada forever or to sail back to Martinique. And here we are, in Le Marin, after two days of sailing, with plane tickets for both Riitta and Latte to Portugal via Paris. And it took us only about twenty minutes to get them (Thank you, AirFrance!). But as we all know, life is not fair and the world is anything but just, which is the case also here: tomorrow, Riitta will fly to Europe with Latte to spend time with family and friends, whereas Pekka, Sarema's hard-working captain, must sail single-handed back to Tyrrell Bay, Carriacou, Grenada, where Sarema is going to be hauled out and the hard work will begin. 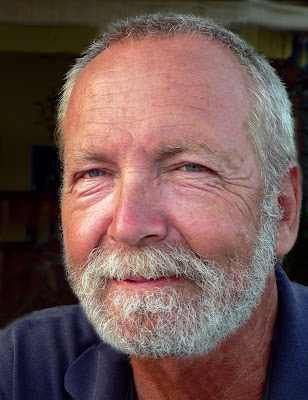 Ever since we arrived in the Tropics, you may have detected a somewhat unenthusiastic approach to my reporting (that is why, I am so grateful to Marion for her contribution to this blog!). One reason is that even as I write this, at least a hundred other Caribbean blogs are being written by our sailing neighbours and personally, I have very little to add to the subject. Another reason is that, although the locals are extremely friendly and helpful, and the islands are lush and beautiful with picturesque white sand beaches and turquoise waters, this just isn't our cup of tea, so to speak. 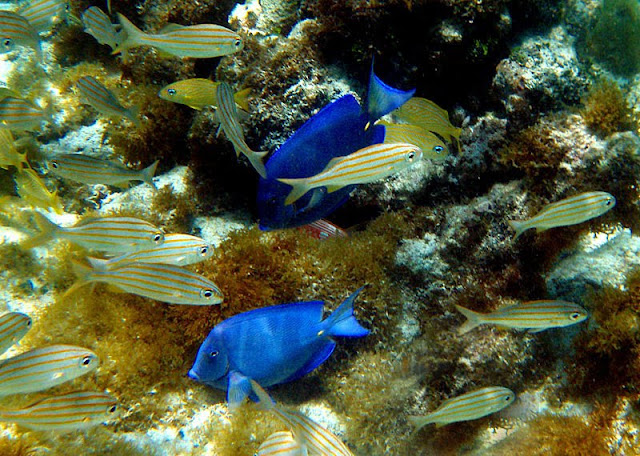 Our main reason for being here is to restore our good boat Sarema to her pre-Arctic glory and when the work is done, we'll continue our journey. But first Latte and Riitta have to get back to Europe so that Pekka can start working on the boat.
Lähettänyt RiMaK klo 15.03 Ei kommentteja: