The original inhabitants of Union Island were Amerindians who had immigrated there from South America as early as 5400 BC, and remained on the island until the 1750's when the Europeans arrived. But a 1778 report states that the population of Union Island was only comprised of sixteen Europeans (ten French and six English) and a total of 430 African slaves. What had happened to the Amerindian population, the report fails to reveal. 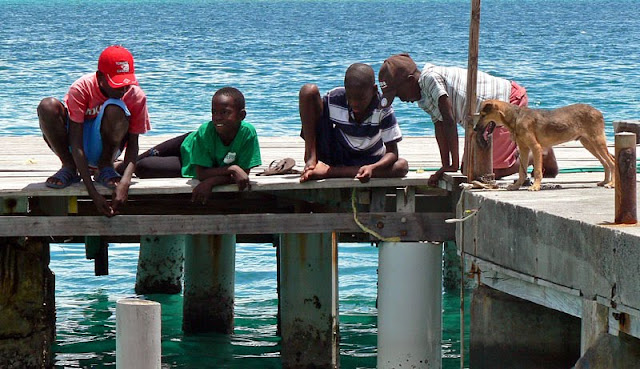 We anchored in Clifton Harbour and then went downtown to buy some fresh fruit and vegetables, and to enjoy a delicious lambi roti, a pie filled with conch meat, potatoes and spicy sauce, for lunch. In the evening, just before sunset, we dinghied to Happy Island, a bar and restaurant built on the nearby coral reef, for a rum punch.
The next day we checked out and continued to Petite St. Vincent where we spent an exceptionally rainy day followed by a restless night as the strong current kept tossing and turning the boat. 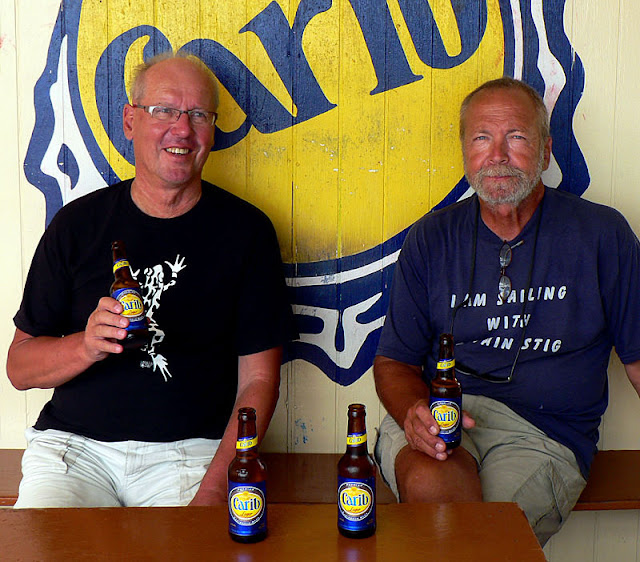 After unhurried breakfast, we set sail to Carriacou which is Grenada's middle island both in size and location, the third and northern/westernmost island being Petite Martinique. Carriacou, “the land of reefs”, is believed to have gotten its name from the Carib Indians. The island is known for the Big Drum Dance, a traditional African dance still performed on special occasions such as the launching of a new vessel, or when a tombstone is erected on the grave of a relative. 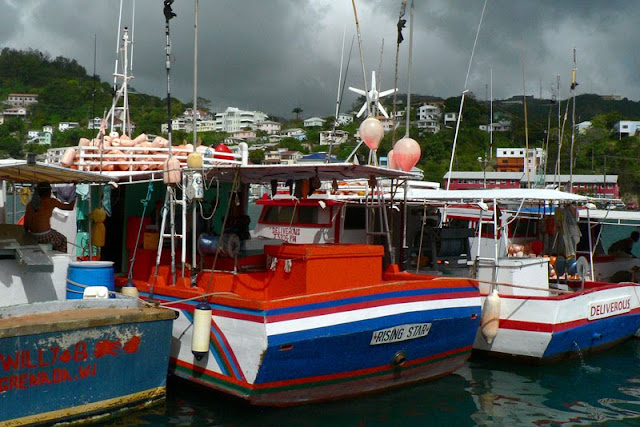 In the afternoon, we dropped anchor in Tyrrell Bay where Sarema will eventually be hauled out. We took a bus to Hillsborough, the island's capital, to take care of the formalities but, as only the Immigration Office was open, we had to return to the boat our mission only half-accomplished.
A local fisherman, or should I say oysterman, sold us a few dozen mangrove oysters which some of us enjoyed with grapefruit juice. The next day, the same fisherman, or should I say this time the lobsterman, brought us two BIG lobsters. This was a nice surprise since we had thought the lobster season was over, as it already was in St. Lucia. 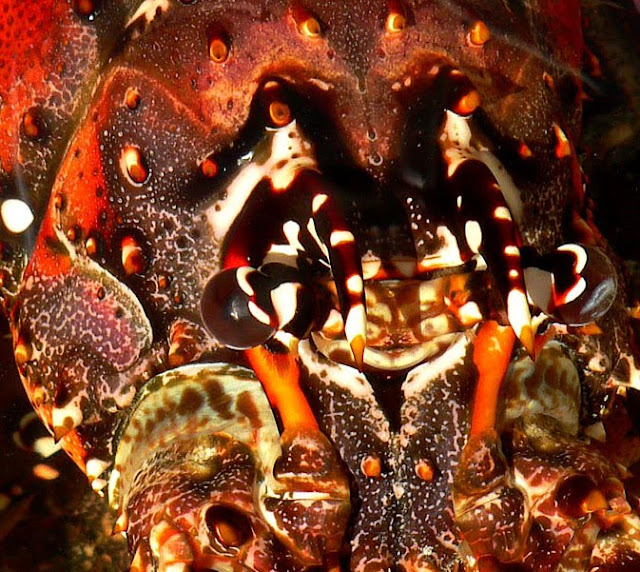 On the 24th of March, we headed for Prickly Bay, Grenada. We decided to sail along the Atlantic side of the island as the winds there were more favourable for us. This was our longest leg for several weeks, and we thoroughly enjoyed it! 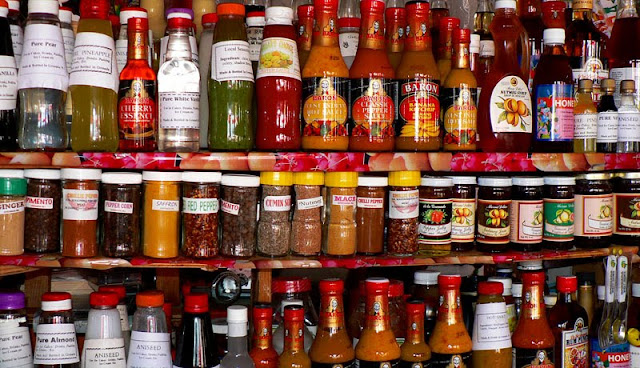 Grenada is know as the Caribbean Island of Spice as there are more spices per square mile than in any other place on the planet. Grenada produces one third of the world's nutmeg supply, and other spices include cloves, cinnamon, mace, ginger, bay leaf, cardamom, and turmeric. 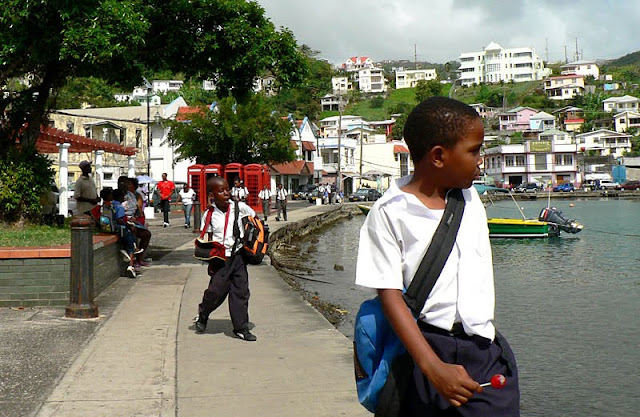 We took a tour of the capital, St. George's, on foot and were pleasantly surprised to see how well the town had been restored since our former visit. In 2004, Grenada was hit by Hurricane Ivan which devastated the entire island. In 2005, when we visited St. George's, it looked as if the whole town was covered with blue tarpaulin, there were only a few poles left of the Lagoon marina, and the shore was dotted with shipwrecks. Now, the town was as if nothing had ever happened, and a grand new marina had been built in the Lagoon. 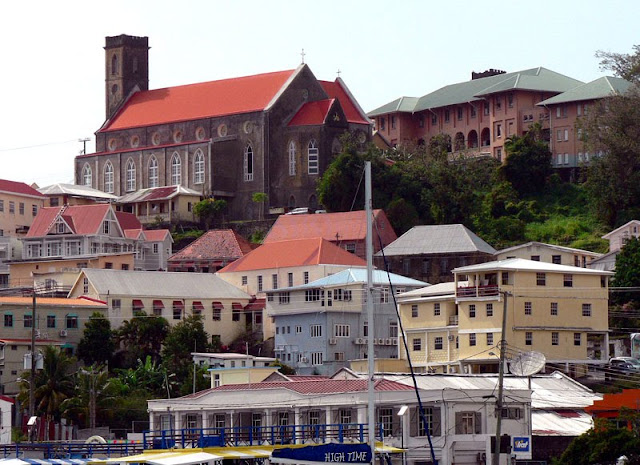 On the 26th, our friends flew back to Finland, and this signified the end of the holiday season for Sarema's crew, too. From now on, it is going to be work, work, work as we'll start ordering and buying the materials, products, and spare parts required for Sarema's renovation that will commence in Tyrrell Bay Haul-Out, Carriacou, within the next couple of weeks.
Lähettänyt RiMaK klo 12.34